Last December, the Party of the European Left (EL) held its fifth congress in Berlin, playing host to dozens of speakers from European communist and socialist parties. One of the most-watched contributions came from the spokeswoman for the working group on Eastern European and Balkan countries.

When the EL began gathering at the turn of the millennium, the Left was in miserable shape in these formerly state socialist countries. Today, left parties are present in almost every country in the region and in some, like the Czech Republic, Moldova, and Slovenia, are significant contenders.

Among those paying careful attention were John Patrick and Carol Ndosi of Tanzania’s Alliance for Change and Transparency (ACT), another leftist party laboring in the aftermath of state socialism’s collapse.

Tanzania has been governed by the same political party since it gained independence in 1962. Today the formation calls itself Chama cha Mapinduzi (CCM), Swahili for “The Revolutionary Party,” and its leadership is a fixture at elite summits like Davos’s World Economic Forum. But CCM and its predecessor, Tanganyika African National Union (TANU), were once very different parties, helmed by committed revolutionaries determined to build socialism in adverse postcolonial conditions in a mostly rural country.

In his history of the Third World, Vijay Prashad, the Indian Marxist historian, cites Tanzania as typical of the “socialism in a hurry that became undemocratic and authoritarian.” Like other Third World countries, Tanzania’s state socialist project was headed by a founding father figure (President Julius Nyerere); nationalized the economy’s commanding heights; installed one-party rule while suppressing all dissent, including independent trade unions; and trumpeted grand visions that failed to convince the local population (“village socialism”).

When Nyerere resigned in 1985, it signaled the breakdown of state socialism. Democratic elections for the parliament and presidency soon followed. But the ruling party used its incumbency advantage (and occasional vote-rigging) to win that election, and every contest since.

The 1967 Arusha Declaration had enshrined the individual’s “right to dignity and respect in accordance with the Universal Declaration of Human Rights” and defined it as “the responsibility of the state to intervene actively in the economic life of the Nation to ensure the well being of all citizens.” Its conception of “ujamaa” (an African socialism that emphasized local cooperation) served as a source of inspiration across the continent.

The post-Nyerere leadership quickly jettisoned this legacy. Arusha was replaced by the 1991 Zanzibar Declaration, in which the CCM’s national executive committee authorized the party’s members to “participate in private economic activities.” CCM leaders could now earn more than one salary, buy shares, assume directorships in private companies, and build houses to rent (previously, all such activities had been prohibited to prevent corruption).

Needless to say, the international financial organizations welcomed this pro-capitalist turn with open arms. The World Bank and the International Monetary heaped praise on the Tanzanian leadership and even cancelled much of the country’s foreign debt.

Meanwhile, corruption flourished. As the majority of the country fell further behind, Benjamin Mkapa, Tanzania’s president from 1995 to 2005, was busy spending $20 million on a private jet and $40 million on military aviation equipment.

“We Believe in Socialism”

Patrick and Ndosi are too young to remember these tectonic shifts, much less the Nyerere years that preceded them. Growing up, however, they were well aware of the country’s stifling authoritarianism, imposed by pro-market bureaucrats from on high. Many in their generation joined the Chama cha Demokrasia na Maendeleo (Chadema, or Party for Democracy and Progress), which was founded in 1992 and functioned as a big-tent party for democrats.

Opposition to the ruling party began to develop in unexpected ways, billowing out beyond the constricted political imaginations of Chadema’s leaders. Responding to years of corruption at the top and lagging social development at the bottom, the hip-hop scene in Tanzania started championing the forgotten principles of ujamaa. They didn’t want, of course, to bring back one-party rule, but the cooperation and solidarity that Nyerere spoke of was music to the ears of the young generation.

The political manifestation of this new socialism crystalized in 2014 with the formation of ACT.

“Most of us were members of Chadema,” Patrick told me when I spoke with him in Berlin. “But while we believe in socialism, they are a capitalistic party. It was inevitable that we had to secede at some point.”

Established ahead of the October 2015 elections, ACT soon attracted a big fish: Zitto Kabwe, a popular member of parliament and Chadema’s deputy secretary. Elected to parliament at the age of twenty-eight (the youngest in the history of Tanzanian democracy), Kabwe was a Chadema member for more than two decades before becoming ACT’s main leader.

Kabwe is arguably the country’s most popular political figure. He’s especially well-liked among young people, who associate him with hard fights for progressive taxation, public accountability, and transparency in gas and mining contracts (which he pushed for as Chadema’s shadow finance minister and chair of the parliament’s public accounts committee). He cut his teeth using the opposition’s parliamentary prerogatives to expose the ruling party’s transgressions.

Shortly after its establishment, ACT organized a meeting in Tabora, the city originally slated to host the gathering that yielded the Arusha Declaration.

“We wanted to show both our continuity with the past and our new conceptions of socialism,” Ndosi explained. “The Tabora Declaration of 2015 wasn’t a repeat of Arusha 1967 but its rejuvenation.”

The document takes to task “an economy that does not produce adequate jobs or address poverty,” specifically indicting “poor social services including education, health, and water,” “corruption,” and “fractures within society.” It pledges the party’s support for a “socialist nation with equality as a basic principle.”

In the immediate term, ACT’s aim is to democratize the country while reinjecting some of the principles of ujamaa into the political debate.

A young party with mostly young people in a country of elderly statesmen, ACT was initially ignored. But it’s since mushroomed in size. In the 2015 elections, Zitto was able to recapture his Kigoma North seat under the nascent party’s banner, and ACT has won forty-two additional councilor positions.

Patrick highlights the four issues that ACT’s election manifesto emphasized: social security, participatory economy, health care, and education. Measures to increase participation in the economy, limit foreign control, and promote local ownership of resources were some of the most popular policies.

“Our policies touched the concerns of the youth, and the fact that most of our leaders are young also inspires them,” Patrick says.

“We want to bring back socialism into this country by speaking the language of the people,” Ndosi adds. “They understood us and voted for us because we spoke about equality.”

Others across the continent are espousing a similar vision — and ACT has been eager to link up with them.

The party’s founding convention featured guests like Samia Nkrumah, daughter of Ghana’s founding president, Kwame Nkrumah. Samia has rebuilt her father’s Convention People’s Party and was able to win the party’s sole parliamentary seat. She has emerged as a champion of young Ghanian leftists. Kenya’s Ababu Namwamba was another guest. Like Zitto, Ababu chairs his country’s parliamentary public accounts committee and left a big-tent party (the Orange Democratic Movement) to lead an explicitly leftist group (the Labour Party of Kenya). ACT also has warm relations with the Democratic Republic of Congo’s Vital Kamerhe and his Union for the Congolese Nation (UCN), which placed third in the 2011 presidential elections.

ACT’s presence at last December’s EL congress showed the party is looking outside of Africa as well: Germany’s Die Linke and its think tank, the Rosa Luxemburg Foundation, invited the fledgling party after the formations established ties. 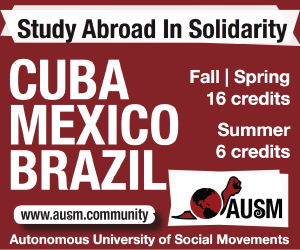 A few decades after state socialism’s decline, Tanzania is rife with social pressures.

Last March, on the autonomous island of Zanzibar, the government cancelled the polls after the opposition’s likely win in the elections. Police used tear gas to put down the ensuing protests, and the opposition boycotted the subsequent election. ACT, along with other forces, continues to refuse to recognize the current CCM government.

The country has slipped further in international human development and corruption indexes.

And Chadema has largely discredited itself after choosing Edward Lowassa — a former CCM prime minister who only joined Chadema after his party passed him over — as its presidential nominee in the most recent election. Once again, as in other African countries, the big-tent “pro-democracy” party was revealed to be an amalgam of self-interested politicians — more intent on replacing the ruling party than changing substantive policies or curbing the exploitation of state assets.

These tumultuous conditions provide ACT with fertile ground to grow. Its elected councilors across the country are involving themselves in local campaigns, fighting for principles of equality and accountability. They are hopeful that a democratic socialist government in Tanzania could lift living standards and supply a model for the rest of Africa.

ACT is young, and its conception of socialism is still developing. But for a party formed in the crucible of struggle against the ruling party’s autocratic privileges, they have little appetite for a return to authoritarianism. In this, they represent a growing tendency in Africa: new parties, mostly rooted in the younger generation, who see socialism as the cure to their countries’ ills.

A new democratic socialism may just be raising its head on the continent.